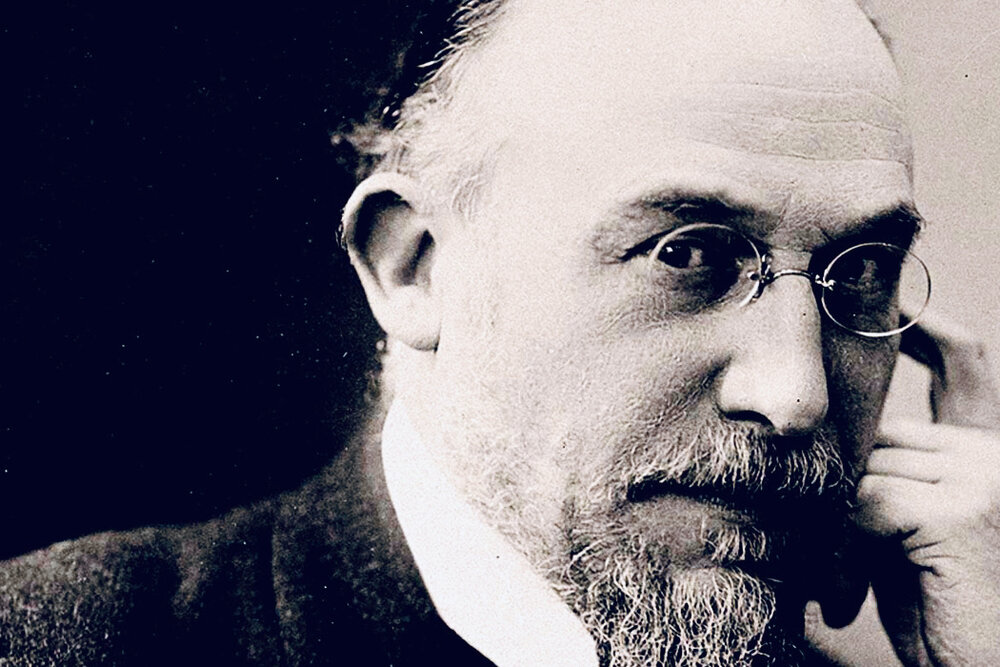 Anna Semple takes us back to the premiere of Erik Satie’s pioneering work, Vexations, written in 1893, performed by a relay team of pianists including composer John Cage, and co-founder of the Velvet Underground John Cale. The piece was never performed in Satie’s lifetime, owing to its rather unusual performance instructions.

‘Encore!’ you shout. It has been eighteen hours and forty minutes and you have now heard the thirteen-chord sequence 840 times. It is complete (and you’ve earned a full refund).

The year is 1963, Erik Satie has been dead for thirty-eight years, two months, eight days, and approximately seven and a half hours, and the sound of the premiere of his Vexations continues to echo around the theatre (or is it just stuck in your head?). It’s been a long day.

Maybe you’re an idiot. Was that a day (and a half) well spent? It’s not like you had those eighteen hours going spare. There’s a report due in tomorrow, damn it Erik! You faintly recollect a point somewhere around iteration 204 when you considered that while John's invitation to his ‘piano relay’ had been kind, the event itself was beginning to cross the boundary into outstaying its welcome. Bemusement turned to anger at 368: what kind of narcissistic megalomanic writes anything longer than–and this is still a stretch–two hours, phonometrician or not?! Around iteration 545 there was a new feeling. Something a little less familiar but extremely seductive. By 696 it had really dug its claws in. This overwhelmingly sincere feeling of not caring. It embraces you again. The deliciousness of truly not giving a shit. What is music anyway? That theme sounded pretty nice for about the first four times you heard it: hummable tune, expressive, good voice leading (at least you think that’s what John said), but somewhere along the way it became noise in its most base form, punctuated by traffic, occasional late-night (through early-morning) party-goers, and members of the audience leaving; sometimes you were confused about which was which. Music didn’t really have any meaning anymore, neither did the walls of the theatre. You recoil slightly at the warm, fuzzy feeling of buying into a shared joke (probably meant at your expense, but hey it’s just nice to feel included).

And then, when it ended, you asked for more.

There’s something changed about sound now. You’re really listening. Each cab that whips past has its own sort of harmony, a phrase that interacts beautifully with the shouts of the woman from across the street. Everything is strangely tangible: visceral almost, brighter certainly. You reflect for a moment. Perhaps old Mr Satie only ate white food because it injected strange new colours into everyday life. Opening one’s wardrobe each day to twelve identical grey, velvet suits–sure it might not be your shade, but it would certainly bring out the rapturous absurdity of normality. You sigh as you enjoy the serenade given by a small terrier and a man with an accordion.

As you walk past a poster for the Met’s new production of Wagner’s Die Meistersinger von Nürnberg you smile to yourself–not really your thing.