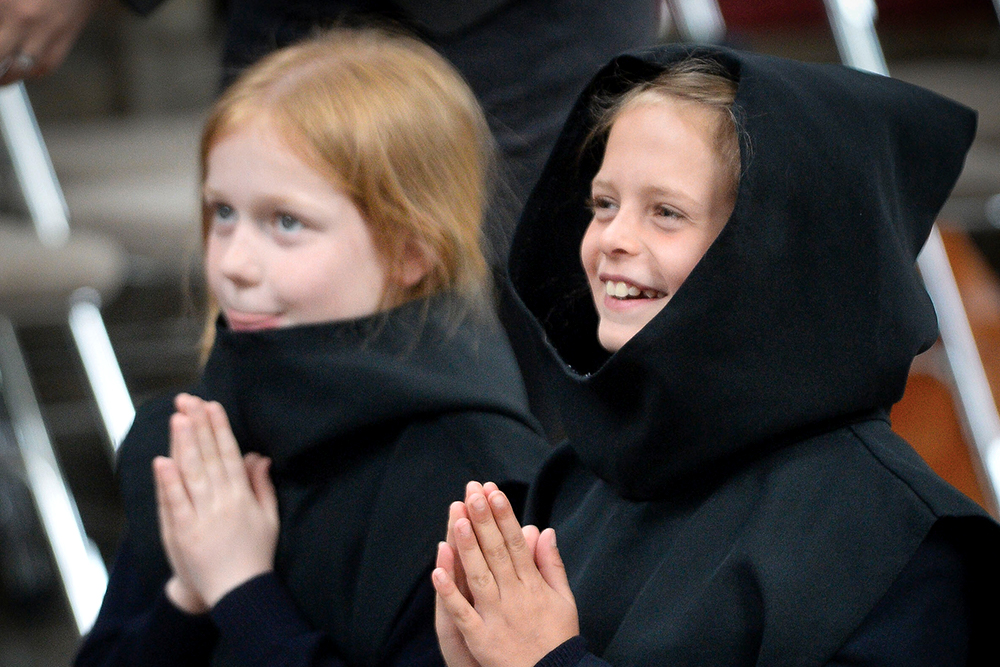 Ely Cathedral boy and girl choristers, Cathedral organists, professional orchestral musicians from the Britten Sinfonia, and Cathedral clergy and altar servers will be joined by over 250 Cambridgeshire schoolchildren at Ely Cathedral in the 2021-22 season to give the first performance of Ad orientem: An Ely Liturgy, a new work by British composer James Olsen.

The work, commissioned by Ely Cathedral, sits somewhere between contemporary ‘art’ music, music theatre and liturgy, and tells the story of the original Anglo-Saxon monastery at Ely, destroyed by the Vikings in 870. It will combine theatre with music and liturgical elements to create a unique site-specific work for the Cathedral which makes use of different parts of the building in performance.

As part of the project, James and musicians from the Cathedral and the Britten Sinfonia will deliver a number of workshops in participating schools, introducing the children to local Anglo-Saxon history and medieval music.

The project has received coverage in local radio and press, including an interview with James on BBC Radio Cambridgeshire, and articles in the Ely Standard and Spotted in Ely.

The piece was originally scheduled to receive its first performance in June 2020. However, due to the Covid-19 pandemic, it has now been postponed until the 2021-22 season.

You can watch James's vlogs to learn more about the project: