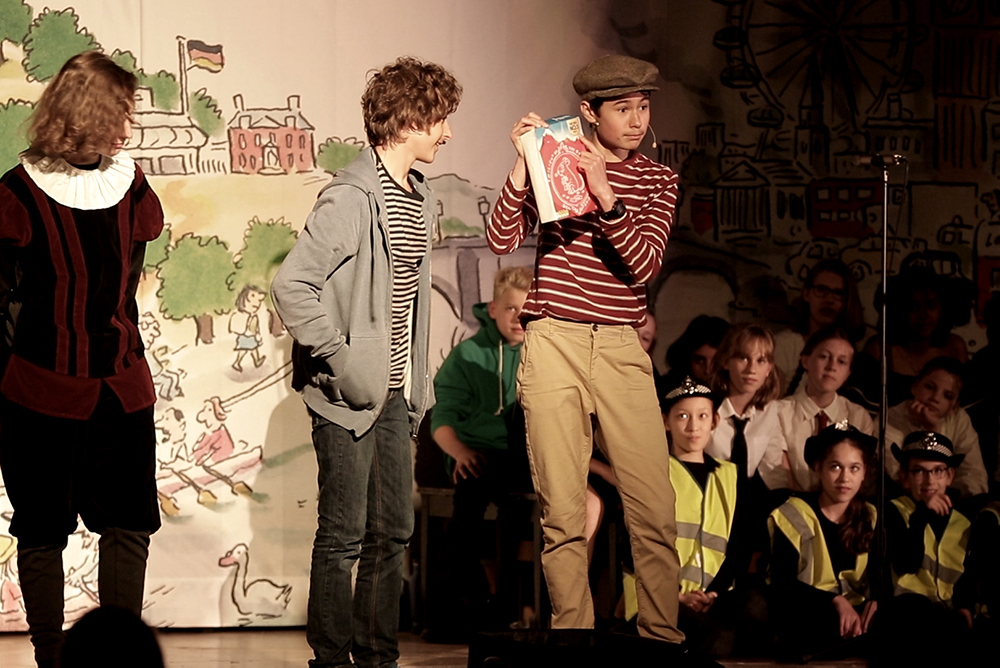 Twilight of the Beggars

The German School London commissioned James Olsen to compose a full-length school music theatre piece, first performed at the school on 12 and 13 June 2019. Because John Gay is believed to have written and rehearsed The Beggar’s Opera (arguably the first musical, and reworked in the twentieth century by Kurt Weill and Bertolt Brecht as Die Dreigroschenoper) on the site of Douglas House, where the German School London now stands, the piece, titled Twilight of the Beggars, is a free reworking of Gay’s famous work, set in modern-day Britain.

James writes: ‘Gay’s biting satire of eighteenth-century London, by turns hilarious and lyrical, is remarkably relevant to the city we live in today. In my reworking, the fence and thief-catcher Peachum is the owner of a disreputable City financial services firm which turns its white-collar criminal clients over to the authorities if they fail to settle their exorbitant bills, while highwayman Macheath is transformed into the leader of an anti-capitalist hacker collective intent on bringing down ‘the whole system’, although he seems to spend most of his time drinking and hanging around with girls he hits up on Instagram. And, just as the “author” of Gay’s work appears on stage as the Beggar (a form of Brechtian Verfremdungseffekt ahead of its time), so too does my opera feature a wheeler-dealer composer from south London who delivers his pieces around the capital personally in his white van.’