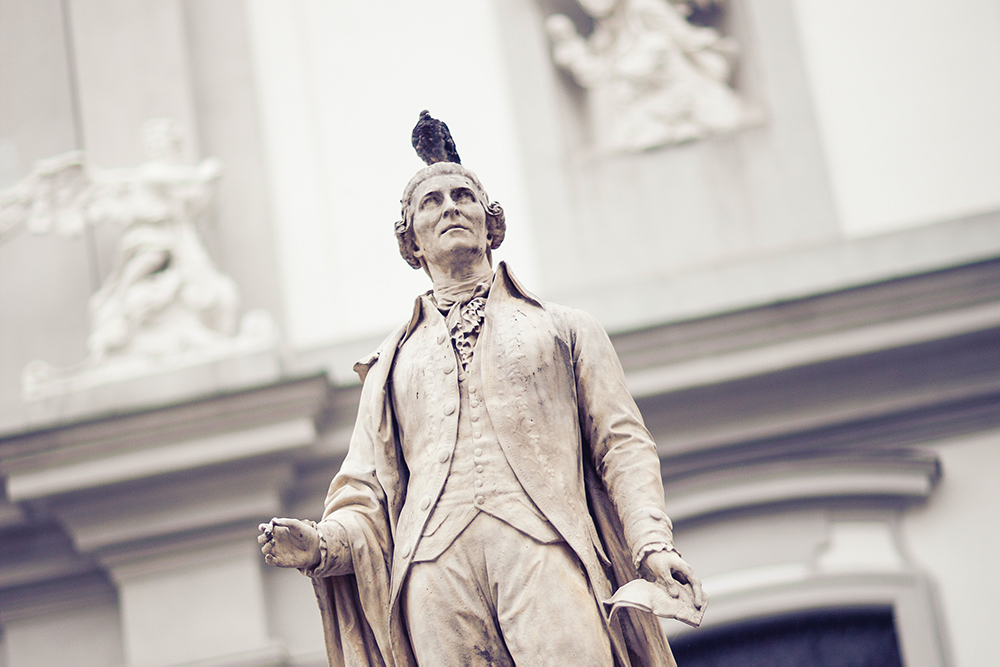 There’s no reason to avoid the term ‘classical music’

It’s by no means perfect, but we don’t need to shy away from it

When I tell people that I compose music, the next question is invariably: ‘what kind?’ I’ve experimented with many different responses over the years, and in general nowadays I tend to say ‘classical music’. But ‘classical music’ is not a universally-approved term. In an academic context, the term ‘Western art music’ is more commonly used. Should we abandon it?

Strictly speaking, ‘Classical music’ with a capital C is limited to what Charles Rosen called ‘the Classical style’, that is, the music of Haydn, Mozart, Beethoven, Schubert and their contemporaries. This period of music history lasts roughly from 1770 to 1828, the year Schubert died.

In contrast, ‘classical music’ with a small C is a term commonly used to cover a much broader range of music from medieval plainchant to modernist composers such as Boulez and Stockhausen, and indeed to composers working today. It can include opera and instrumental music, sacred and secular music, and ‘light’ music such as Gilbert and Sullivan as well as more ‘serious’ music. This encompasses a vast range of musical styles, and it would be hard to identify one single criterion for judging whether something was or was not ‘classical music’.

The term ‘Western art music’ is often used instead. First, this is because there are other ‘classical musics’ which are not Western, for example Indian classical music, meaning that ‘classical music’ is unnecessarily Western-centric. Second, given the term ‘classical’ means in some way connected with Ancient Greece and Rome, there is nothing very ‘classical’ about Bruckner, or Purcell, or Gesualdo, or indeed Boulez. (That said, the relationship between the Classical style and the Greco-Roman world is also not entirely straightforward.)

I haven’t thoroughly investigated the history of the term ‘classical music’, but my sense is that its usage is tied up with the development of the recording industry in the twentieth century. The term ‘classical music’ was helpful for dividing up music genres for the purpose of selling records, tapes and CDs. As a teenager growing up in London in the 90s, I remember the classical music section of the Oxford Street HMV shop, which was symbolically partitioned off from the rest of the shop by glass walls. The rock or pop which was playing elsewhere in the shop was blotted out, to be replaced by the soaring tones of Maria Callas or similar. You sensed that you were entering upon holy ground. I’m pretty sure the temperature was slightly cooler in the classical music section, too.

Even if the term ‘classical music’ is in part a marketing device created by the music industry, I do think it’s helpful. If I chat with someone in the pub and say that I write music ‘for classical musicians to perform’, they immediately understand that this is music for orchestras, choirs, piano and so-on. They understand that it is notated, and they might even understand that it is music which engages with a particular musical tradition. Sometimes I add that ‘it doesn’t sound like Mozart’, which can get a laugh, but I do want to convey that this is a living tradition, even if they haven’t heard of ‘contemporary classical music’. It’s unlikely that this kind of conversation would go so well if I said that I wrote ‘Western art music’.

So although, in an academic context, I would probably refer to ‘Western art music’ rather than ‘classical music’, I do think that, when engaging with the general public, the term ‘classical music’ is useful. As you can see, Olsen Verlag’s slogan is ‘classical music for everyone’.

I also think that the reluctance to use the term ‘classical music’ is a symptom of a growing reticence today about the value of Western culture more generally. In recent years, it has become increasingly common to ask whether Western culture is inextricably tied up with negative aspects of Western history such as colonialism, misogyny and so-on. To a certain extent, I think this is a helpful development, because any unquestioning valorisation of something is unhelpful. Each generation needs to ask itself afresh: is this something we care about? Do we want to keep it on its pedestal? That said, though, at times the pendulum seems to be swinging so far in the other direction that one simple narrative—‘Classical music is wonderful’—could be replaced by another equally simple narrative—‘Classical music is terrible’.

Some composers today would not see themselves as part of the ‘classical music’ tradition. Numerous twentieth-century composers considered themselves to be iconoclasts, smashing the classical tradition to create ‘new music’. This itself became, paradoxically, something of a tradition too.

I would argue that the iconoclastic tradition of ‘new music’ is itself part of the larger ‘classical music’ tradition. ‘Tradition’ is a word which can conjure up images of strawberries and cream: something dreadfully twee. I do not use the word in that sense. By tradition, I mean that something is passed down from one generation to another, and that passing-down may involve rejection as well as acceptance. Tradition is not static. Schoenberg’s serialism was both a rejection of Western tonal practice, and a continuation of it.

We shouldn’t be afraid of talking about classical music, or saying that we work in the classical music tradition. That doesn’t mean we’re writing fake Handel arias, or are dressing up in eighteenth-century wigs. I firmly believe that classical music includes some of the great achievements of humanity: The Marriage of Figaro, Sibelius’s Seventh Symphony, the Goldberg Variations, to name three off the top of my head. That is not to denigrate other traditions in the least, or to ignore problematic aspects of the tradition’s history. But we don’t need to be ashamed of classical music.

Music business
Music history
Recording
Subscribe to the Olsen Verlag newsletter to stay informed about our latest articles and scores.